Can a DISC Profile Measure Both Adaptive and Natural Behaviour?

Some DISC tools claim to measure “natural behavior” vs “adapted behavior”. These are typically older DISC tools similar to our DiSC Classic® profiles. The questionnaire in these types of assessments consists of groups of four words where you have to choose a word that is most like you and a word that is least like you. As a result, you see two graphs – one with the words you picked that are most like you and one with the words that are least like you. The sum of these two graphs shows your DISC style.

“Our researchers have not been able to find any scientific evidence that supports this interpretation, and when reviewing research reports from assessment providers who make this claim, we cannot find any research that documents that one graph shows natural behavior and the other adapted behavior.”

While you can have a lot of good conversations around natural and adapted behavior, we don’t see any evidence that DISC actually measures this.

Most other DISC providers claim that the first and second graphs measure adaptive and natural behaviour. This is a myth. The British Psychological Society, in the early 90s, performed its own validation study on the 24-item DISC questionnaire and concluded that Graph I and II were measuring nothing more than different views of self-perception. Current DISC providers continuing to make this assertion are working with outdated and unsupported facts.

When a person is responding to the basic 24-item questionnaire they are simply focusing on their self-perception – a singular focus. It is implausible to then believe that they could get two different results from that single focus such as adaptive and natural behaviour.

It is standard practice in the world of psychometric testing to recognize that when a person is assessing themselves, they have a tendency towards social bias – to choose items that are more socially desirable as being like them, such as “friendly”, and to not choose socially undesirable attributes such as “aggressive”.

The original 24-item questionnaire developed by John Cleaver offered attributes that describe the different behaviours that DISC measures and asked which of these attributes are most like you, and which are least like you. Then the least scores were subtracted from the most to determine the difference. This formed three graphs – most like, least like, and the difference. The reason for this type of questionnaire design was to reduce the impact of people tending to answer with responses that were more socially desirable.

This showed up in the psychometric analysis in that Graph 3, the difference scores, were always more internally reliable than Graphs 1 or 2.

For some reason, many providers of DISC profiles do not provide the results of Graph 3 – the only graph that can show the person’s overall self-perception with the removal of the social bias.

There is a myth that “you don’t need graph III, only using Graph I and II is more accurate”.

First, Wiley does not use Graph I, II and III anymore in their new generation tools (they were only used in DiSC Classic), since the new generation Everything DiSC instruments use a “circumplex”, which is a circular map, with 8 priorities around it. This “new” model goes all the way back to the origins of DiSC where it used to be drawn on a circle. So why the fuss about Graph I, II and III? Because some people claim Graph III is more accurate while others claim you should not consider Graph III, since using Graph I and II, “showing natural and adapted behavior” as some claim, is more effective.

Historically, Graph III is the result of adding up the scores of Graph I and Graph II.

Why was that done? Because the instrument (the 24 question forced-choice) was unprecise, and the research report written in 1996 proves that. By upgrading the questions and adding 4 new questions, Wiley strongly improved the accuracy of the instrument (called Personal Profile System 2800, and later on DiSC Classic II), which has been the DiSC profile of choice for decades.

In the early days of DISC, Walter Clarke and John Cleaver used the “vector analysis tool”, which consisted in a set of cards that would describe a person’s behavior, “as seen by herself and as seen by others”. William Moulton Marston also mentioned “natural and adapted behavior” in his writing. However, since John Cleaver designed the first 24 question assessment, there have been no specific questions measuring “adapted or natural” behavior. This was established by Wiley when they lead extensive research and by the British Society of Psychology around 1994. This does not mean that people do not adopt “natural” or “adapted” behavior, it just means that the 24 and subsequent DISC assessment questionnaires are not designed to measure that specifically.

There are many significant differences between the Everything DiSC® assessment and other DISC tools available in the marketplace, including our use of the little ‘i’ to differentiate our bestselling assessments from the others.

But what sets Everything DiSC apart as the most valid and reliable tool on the market?

The Everything DiSC questionnaire that sets our profile apart is our use of a five-point Likert scale and our use of adaptive testing technology. There is no forced choice – respondents respond to all items. When the respondent answers inconsistently on any scale, the program asks additional questions to get a more accurate plot of their position on that scale.

Everything DiSC is the only DISC profile that measures more than the basic four scales of D, I, S and C. What our research has found is that the combination scales, Di, iS, SC  and CD are not an addition of the two styles they represent – they are an integration of the two dimensions.

For example, the Di style has strengths that are unique to the combination that are not shared by the D or i styles independently.

Everything DiSC is published by John Wiley & Sons, Wiley is a 208-year-old multinational publishing company with a strong reputation in the academic and professional world.

You probably had several Wiley-published textbooks during your university days. Wiley does not publish anything that has not met the most rigorous standards of validity and reliability.

So Wiley developed items that measure these four combination scales in 2007 when the first Everything DiSC profiles were released. The addition of adaptive testing technology in 2012 took our DiSC profiles to another level. 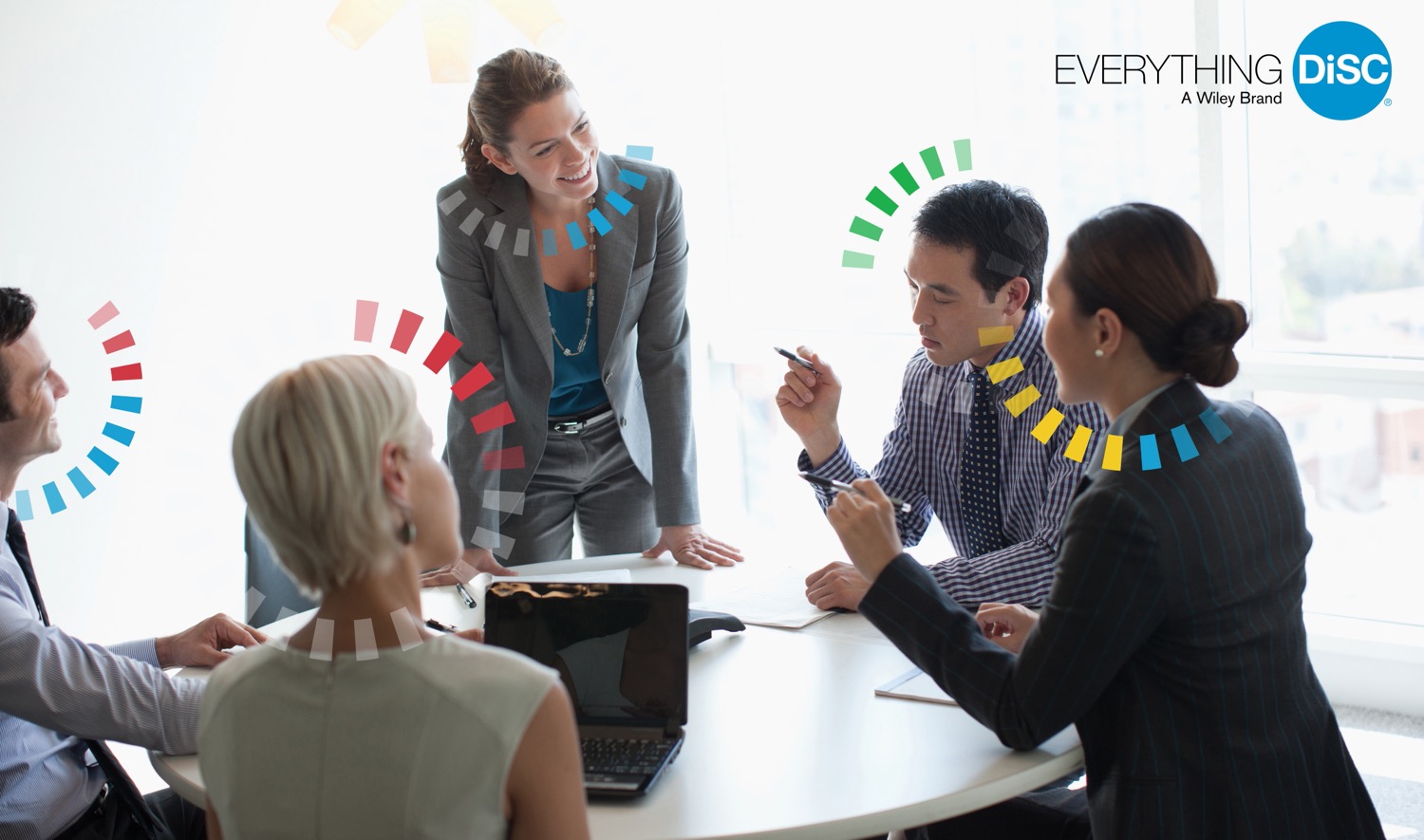 Handling Difficult Participant Behavior in DiSC trainings
In any training there may be times when you have to deal with disruptive or difficult behavior, such as participants who like to share a lot, side conversations, interruptions,...

The Do’s & Don’ts of DiSC
DiSC learning experience is designed to deepen the learner’s understanding of themselves and others. The ultimate goal is that this new level of understanding and self-awareness improves their relationships... 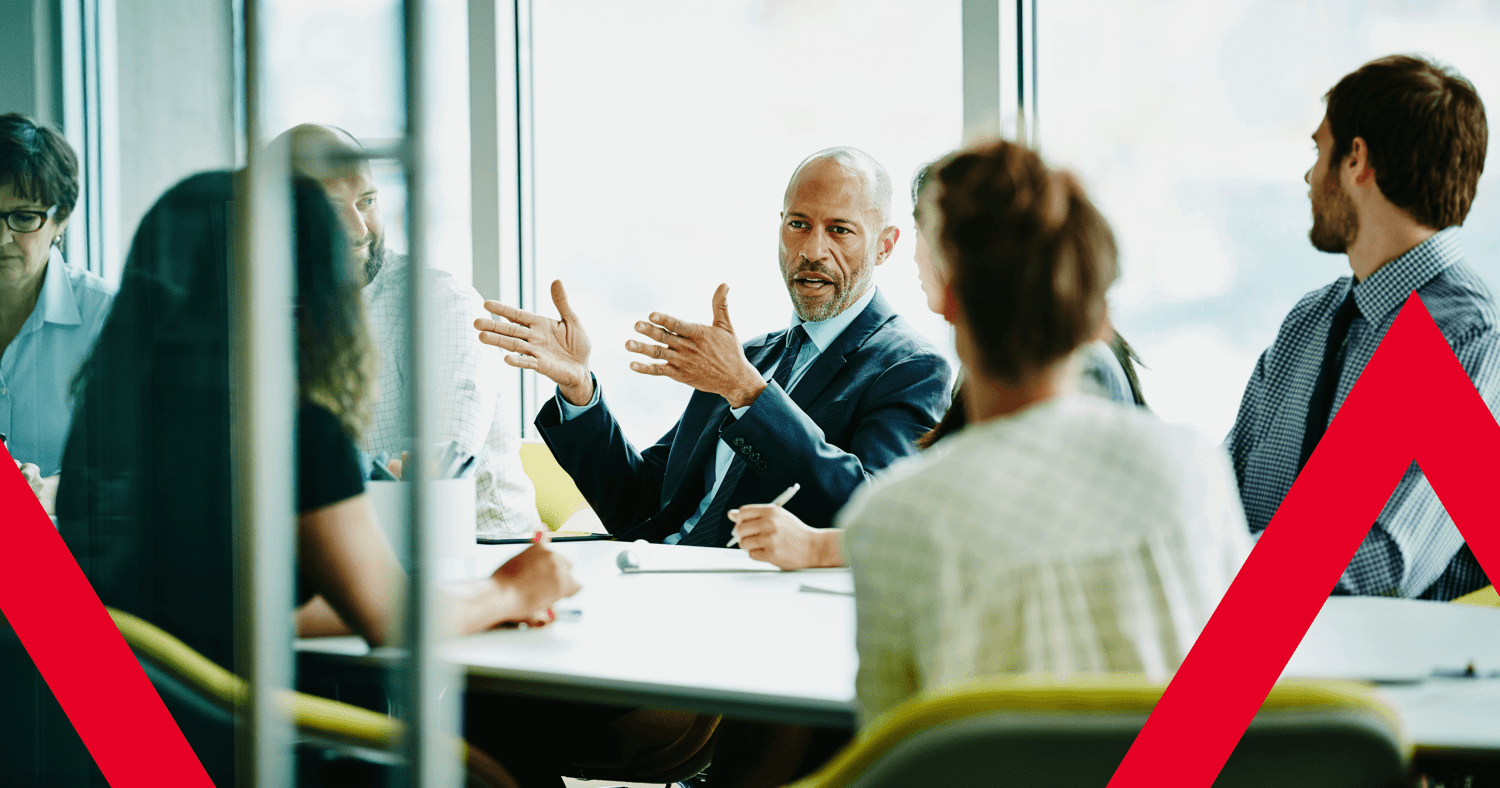 Using DiSC for the People Side Of Change Management
Organizations are constantly undergoing change. Whether an organization is implementing a new strategy and culture or responding to market trends like digitalization, change is a necessary and vital part...

Everything DiSC and The Five Behaviors are registered trademarks of John Wiley & Sons, Inc., or its affiliated companies.